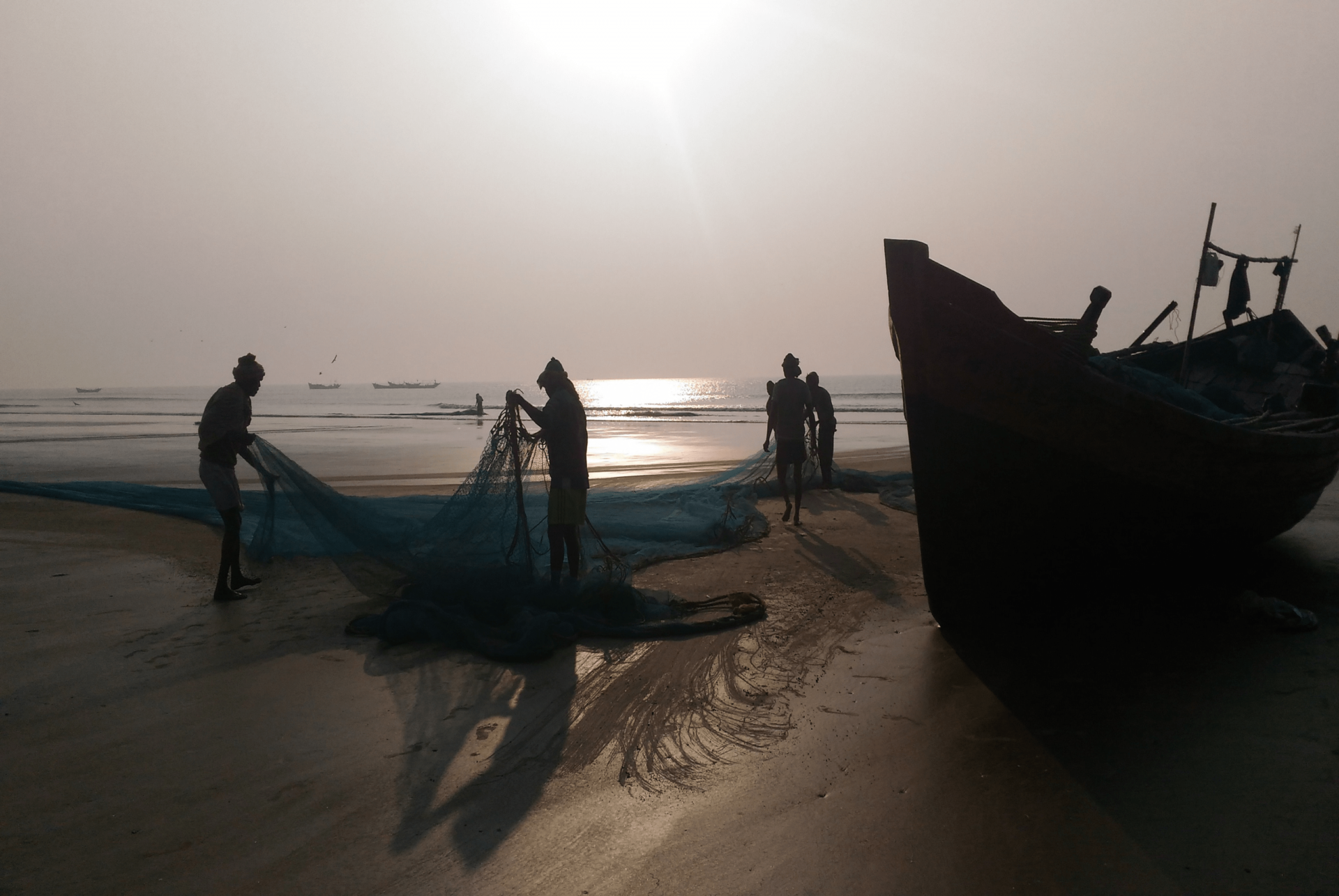 Over the last decades, in application of the 1982 United Nations Convention on the Law of the Sea and the 1995 United Nations Fish Stocks Agreement, States have established Regional Fisheries Management Organizations (RFMOs) as the entities mandated to manage a number of commercial fish stocks around the world. Some of these institutions focus on tuna and tuna-like stocks, while others manage several stocks of non-tuna species on a geographical basis. It is through these institutions that States cooperate in the conservation of fish stocks that are caught in areas beyond the jurisdiction of any State (more widely known as the high seas), stocks that migrate between areas under the jurisdiction of coastal States and the high seas, and stocks that are shared between several coastal States. As explained in the concept of the tragedy of the commons, all users of common resources must cooperate to avoid over-exploitation. Members of RFMOs (coastal States and/or States the vessels of which fish the relevant stocks) adopt, generally every year, conservation and management measures for the stocks under the mandate of those RFMOs. 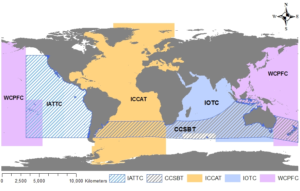 Areas under the management of tuna RFMOs 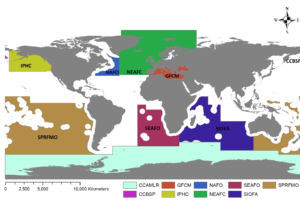 Areas under the management of non-tuna RFMOs

Today, these RFMOs are faced with a number of challenges. Some are due to external factors, such as vessels from non-members of an RFMO fishing the stocks managed by the RFMO or within its mandate area (a practice known as unregulated fishing); this puts additional–and unaccounted for–pressure on the stocks. Other problems are internal. For example, an RFMO may, through its members, adopt insufficiently sustainable conservation and management measures, or individual members may refuse to be bound by specific conservation and management measures. This last issue is made possible by the principle of consent–central in relations between States–and according to which States can only be bound by an international obligation if they accept it. In the founding instruments of most RFMOs, States have reserved their right to reject some measures by a process known as “opt out”. In practice, this means that even sustainable conservation and management measures are at risk of being insufficient to ensure long-term stocks’ health if some members of the RFMO decide that applying these measures is not in their interest. This problem is far from theoretical; some RFMOs, for example NEAFC and ICCAT, have been or are still plagued by regular occurrences of States opting out of measures, often those related to the total allowable catch (i.e. the catch limit for a particular fishery over a fishing season or a year, which members then share amongst themselves).

One of the most recently established RFMOs, the South Pacific RFMO (SPRFMO), has attempted to address this structural issue by creating an innovative procedure to avoid unnecessary opt outs, while ensuring that States are still willing to join the organization. SPRFMO provides that conservation and management measures (even when adopted by a majority of parties rather than by consensus) will bind all parties. Article 17 (2) (c) of its founding instrument allows objections, but only if “the decision unjustifiably discriminates in form or in fact against the member of the Commission or is inconsistent with the provisions of this Convention or other relevant international law”. Moreover, an objecting State must adopt equivalent measures. Finally, if an objection is presented by a party to the Convention, a Review Panel will automatically be established to verify that the objection respects these strict conditions. The Review Panel consists of three experts in the field chosen from a pre-prepared list. A hearing has to be convened within 30 days of the Review Panel’s establishment, and, within 45 days of such establishment, the Review Panel has to transmit its findings and recommendations.

Since the entry into force of the SPRFMO Convention in 2012, two members of the Commission have filed objections to conservation and management measures, triggering the establishment of Review Panels. In 2013, Russia objected to having been excluded from quotas allocated for Chilean jack mackerel. The Review Panel found that this decision had indeed been discriminatory, but that Russia’s alternative measures were not equivalent. In consequence, the Review Panel recommended a different alternative measure for Russia to follow. In 2018, Ecuador objected to the quota of Chilean jack mackerel it was allocated. In that case, the Review Panel, which included one of Nereus’ Principal Investigators, Professor Erik J. Molenaar, found that the decision was not discriminatory. In consequence, the relevant conservation and management measure is binding for Ecuador. Both review procedures have been administered by the Permanent Court of Arbitration in The Hague, an inter-governmental organization with extensive experience in inter-State dispute resolution. The involvement of the PCA adds further legitimacy to the process and both proceedings were successfully conducted within the tight deadlines envisaged in the SPRFMO Convention.

The limitations to the ability of parties to opt out and the review procedure established within SPRFMO are best practices. The SPRFMO Convention contains the most robust decision-making procedure of all RFMOs, ensuring that all its members are bound by the adopted measures. This is central to such measures’ effectiveness. Moreover, the automatic establishment of an independent Review Panel creates a powerful safeguard to protect individual States’ interests through third-party dispute settlement, which is particularly welcome in international institutions where States do not wield equal socio-economic power. Furthermore, the strict deadlines provided for make it possible to reach a decision quickly, which is valuable in disputes relating to fisheries management, where timelines are short. The establishment of a Review Panel finally ensures a non-political, independent resolution to a dispute which could otherwise linger on and complicate further cooperation between parties.

These best practices of the SPRFMO should be replicated by all RFMOs in order to address the issues caused by States opting out of conservation and management measures. In addition to that, this procedure is valuable because it provides members of RFMOs with a fair and impartial forum to discuss some issues of importance for fisheries governance, such as the basis for allocation, equity, the right to development, or any other question which may arise within the scope of a party’s objections. 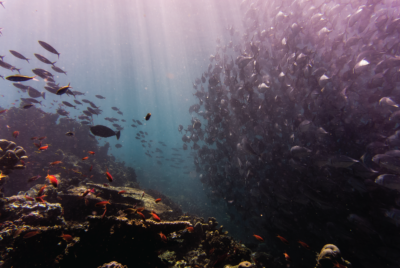 Impacts from climate change will increase the risk of extinction for vulnerable marine species, both locally and globally. But according to a new study from UBC, effective fisheries management may be able to reduce the probability of certain species going extinct by as much as 63%. 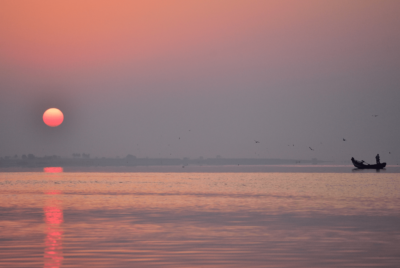 “After climate change, fishing is the biggest impact humans will have on the oceans. But we have very a limited understanding of what happens beyond the horizon. 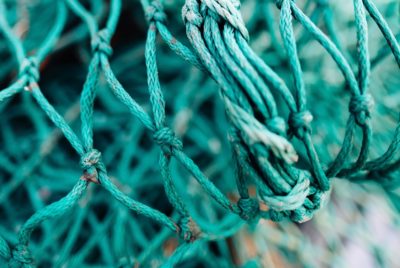 Closing the high seas to fishing could increase fish catches in coastal waters by 10%, compensating for expected losses due to climate change, finds a new Nippon Foundation-Nereus Program study published in Fish and Fisheries. 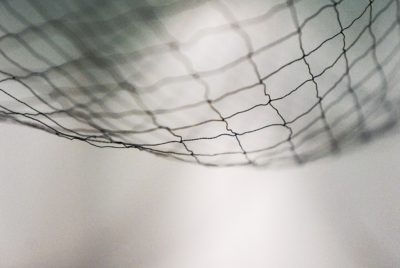 A new Nereus Program study, funded by the Nippon Foundation, finds that dynamic ocean management, which changes in real time in response to the nature of the ocean and its users, can reduce bycatch — fish and marine species caught accidentally while catching targeted species — without additional costs to fishers.