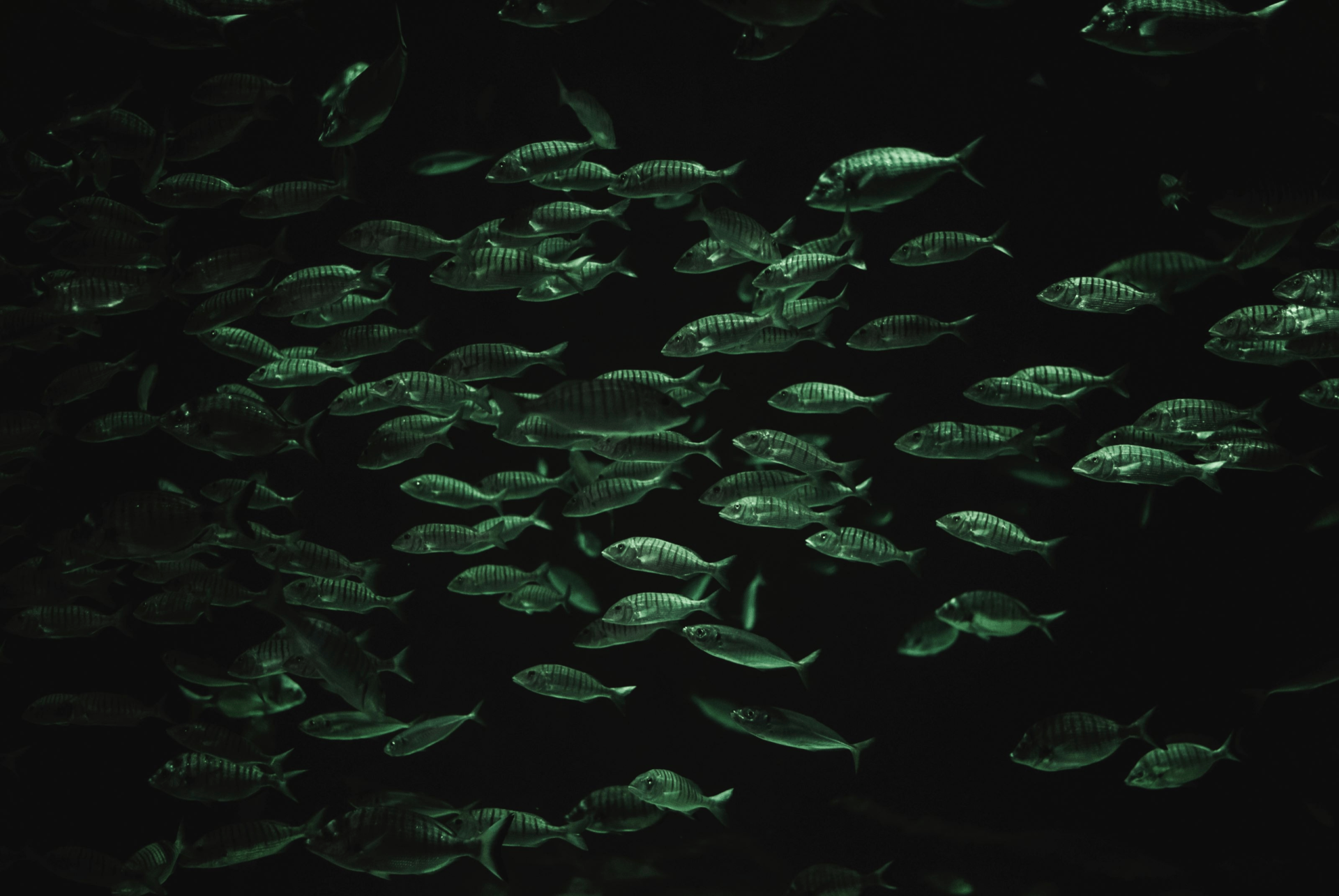 Climate Change and the Scrambling of Seasons

How do we know it is spring? Is it the first bud that opens on the tree in your backyard? The first sight of a bird that you haven’t seen in months? Seeing a crocus blooming on your way into work? The warming of temperatures enough that you walk out your front door without your winter coat? All of these signs together? Now what if the temperatures started to warm, but the trees weren’t shooting off buds or the crocuses didn’t start to bloom? Would it still be spring?

In both sea and on land, we know that climate change is leading to earlier springs, longer summers, later falls, and shorter winters due to warming. However, climate change is also causing our signals about what constitutes spring to become jumbled. This is because certain indicators of spring are responding to warming more strongly than others, breaking apart seasonal interactions between different components of ecosystems. For instance, a recurring problem in agriculture is that warming temperatures are causing fruit trees to bloom earlier. This can be followed by a surprise frost, damaging the crops and costing farmers substantial amounts of money, all because the trees were receiving a scrambled signal about what season it is.

A new publication coming out on June 1st in the journal Global Change Biology  is the first study to examine how 21st century climate will jumble seasonal signals across different parts of the marine food web. This paper published by Nereus Program alumnus Rebecca Asch (now at East Carolina University) and Principal Investigators Jorge Sarmiento (Princeton University) and Charles Stock (NOAA) shows that, on average, algae at the base of the marine food web will start to bloom about two weeks earlier. In contrast, the model developed in this paper projects that the seasonal reproduction of fishes will be much more sensitive to temperature changes, causing the fish to spawn before the algae are in bloom. This may mean that the fishes will be releasing their babies into an environment where there is insufficient food available for them to grow rapidly. 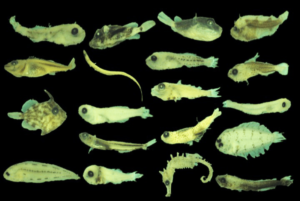 Changing seasonal conditions may mean that fish larvae, such as those shown in this photo, may be born into environments that are not conducive to their growth and survival. These microscopic larvae were caught off Beaufort, North Carolina by members of the Asch Fisheries Oceanography Lab at East Carolina University.

However, this picture is further complicated by the fact that fishes are moving poleward and into deeper waters as climate warms. These changes in fish distribution have been extensively documented by the previous work of several Nereus Program associates, including William Cheung (UBC) and Malin Pinsky (Rutgers University). As fishes move away from warming temperatures, this can in turn influence interactions between seasonal fish reproduction and algae blooms. By being exposed to temperatures similar to the ones that fishes are used to, fishes are more likely to spawn at the right time and in sync with the algae blooms, providing a better set of conditions for the survival of the fish’s offspring. Thus, one aspect of fish’s response to climate change (i.e., poleward movement) may help make them resilient to other consequences of climate change (i.e., changing seasonality).

One problem is that not all fishes are responding in the same way to climate change. Among studies examining the poleward shift in the waters that fishes inhabit, typically about 50% of the fish species are showing the expected response to warming. Many other species are either staying put or responding to climate change at a slower rate than expected. This can occur for a variety of reasons. For example, if a fish requires a certain habitat (e.g., seagrass beds or coral reefs) to live in, perhaps there are no areas where both that habitat and the fish’s preferred temperature co-occur. In other cases, there may be barriers that could block organisms from moving into areas where the appropriate temperature for them now occurs. Regardless of the reason why some fishes are staying behind, their lack of movement means that they will be exposed to new stresses as climate changes. For example, evolutionary adaptations that once worked in a fish’s favor, such as seasonal spawning, may become maladaptive under climate change as the seasonality of the ecosystem changes.

What can be done to help fishes and the fisheries that depend upon them adapt to changes in seasonality? First, many seasonal aspects of fisheries management may need to be adjusted. For example, many fisheries have closed seasons that are designed to protect vulnerable stages of a fish’s life cycle, such as when they reproduce. Changes in the timing of these life events will mean that fisheries management will have to adapt by shifting the timing of closed seasons.  Second, conservation of marine habitats and creating networks of marine protected areas may help. Having appropriate habitats to move into will help create areas that fish can use as steppingstones as climate change forces them to migrate. As discussed above, by moving into new habitats fish are also able to better cope with changing seasonality. This finding was echoed by a study last week published in Science, which found that protecting habitat mosaics produces better conservation outcomes for salmon than protecting one sole area. As a result, some steps can be taken to minimize climate change-induced mismatches between fishes and seasonal aspects of their environment. 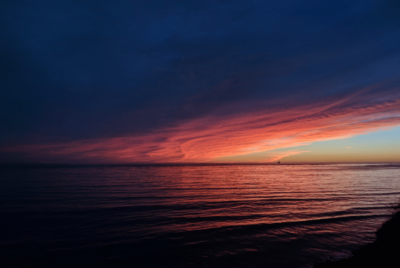 Nereus Fellow Tyler Eddy (University of South Carolina) writes about his recent trips to attend climate change impacts workshops at the Potsdam Institute for Climate Impact Research in Potsdam, Germany and Institute for Marine Science in Barcelona, Spain. While there he worked with other climate change impacts modellers on ways to get different models to interact with each other.

Climate change and human activity have pressing impacts on the state of our ocean, threatening the integrity of marine ecosystems themselves as well as the services they provide to human communities. Given the inevitable current and future effects of climate change, adaptation by both physical and human systems is crucial. As defined by the Intergovernmental Panel on Climate Change (IPCC), adaptation refers to “the process of adjustment to actual or expected climate and its effects.” 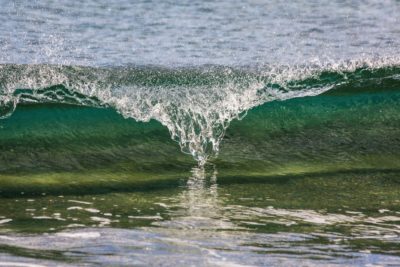 Temperature-based targeting in a multispecies fishery under climate change

The paper “Temperature-based targeting in a multispecies fishery under climate change” was recently published in Fisheries Oceanography by Nereus Program Fellow Daniel Dunn (Duke University) and Principal Investigator Patrick Halpin (Duke University). The study looked at whether the bottom temperature of the water, in spring and fall, affected the distribution of Atlantic cod in the USA Northeast compared to other species of fish. 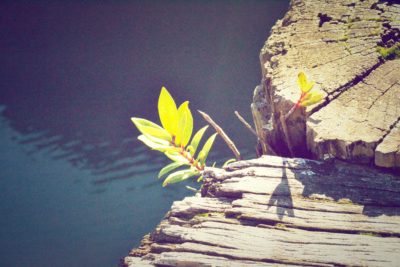