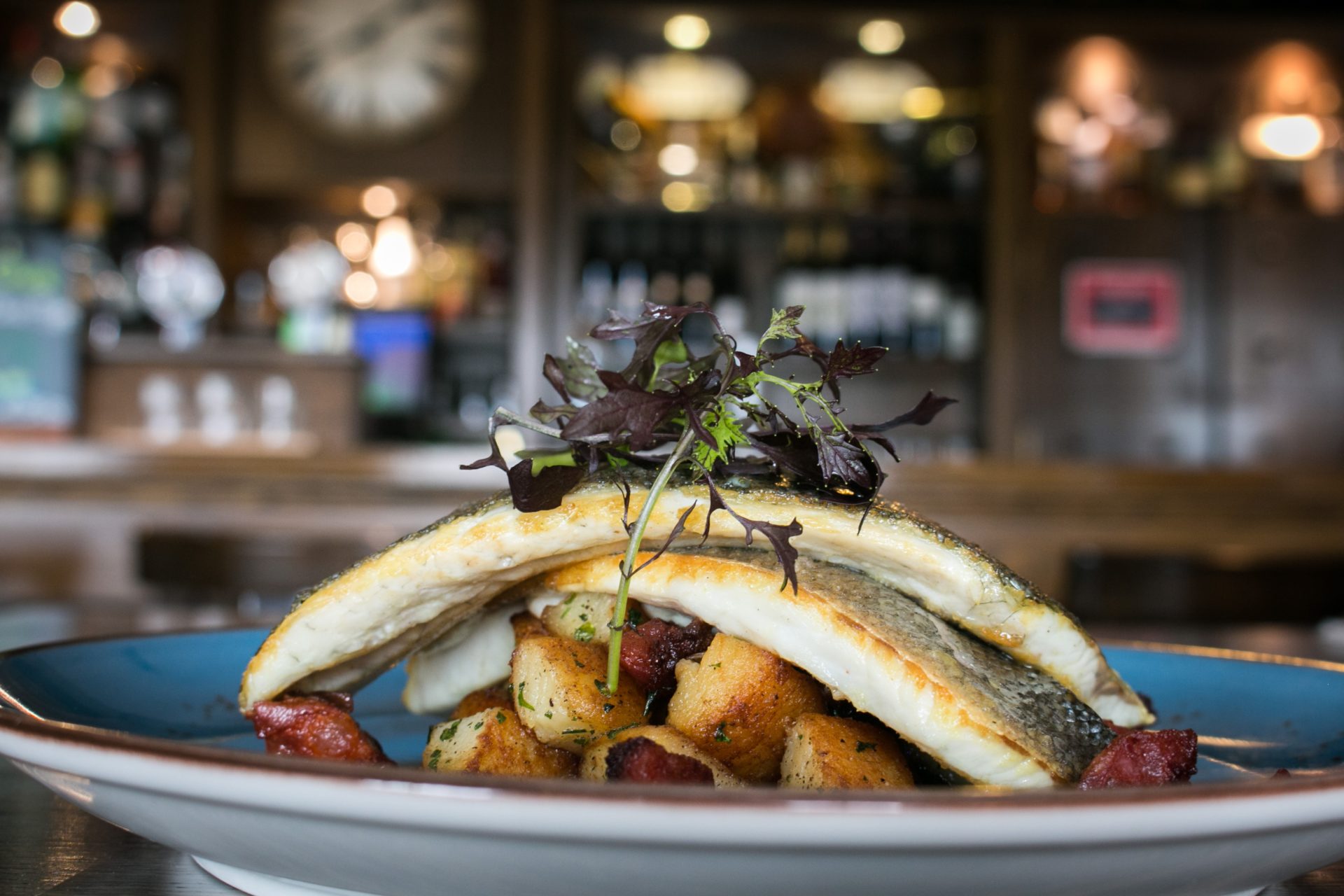 Fish of the day: Why does seafood seasonality matter?

Japanese call it shun, the seasonality of food. It refers to the time of year when a specific type of food is at its peak, either in terms of harvest or flavour. It is not unique to Japanese culture, as The Byrds reminded us in the mid-1960s with their, now classic, rendition of “Turn! Turn! Turn! (to Everything There Is a Season).”

Unfortunately, at least in our modern culture, shunseems to apply to many kinds of food, but not to fish. Although we do enjoy various seasonal foods out of season, often the associations are still there. Strawberries bring to mind the early days of summer. Pumpkins, especially in pies – and sadly, Brussels sprouts – trigger the whisper of falling leaves, thoughts of turkey and Thanksgiving. Yes, turkey itself is seasonal, although in medieval times it might have been venison instead, roasted over a roaring fire on a cold winter’s night. And the list goes on, and on, and on, for all but seafood, or most seafood, which has somehow fallen through the cracks.

As for the ocean’s bounty, what isthe best time of year to eat, or not to eat, herring or cod or tuna, or you-name-it? We’ve stopped viewing fish as seasonal. 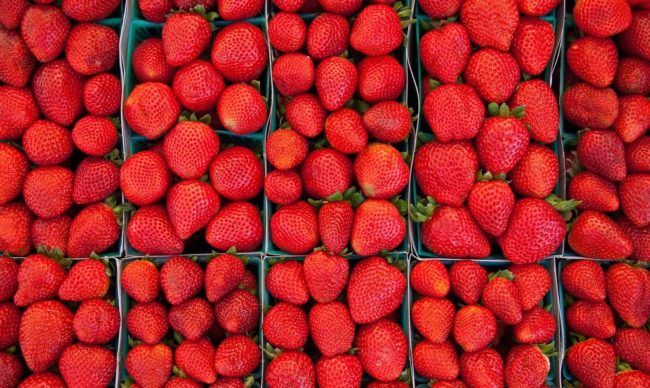 Most people only eat strawberries when they're in season, so why is salmon any different? Image: "Strawberry Fields" by djjewelz, CC BY-ND 2.0.

And it’s epidemic. Living in Vancouver, which is more attuned to fish and fisheries than most other cities in Canada, many of us are aware when salmon is in season; yet, few of us would hesitate to order salmon rolls at a local sushi joint in the middle of February.

[pullquote]Our seafood consumption has gone from “fish of the day” to “fish of whenever” and doesn’t take its bearing from the season.[/pullquote]

The reality is not that seafood lacks seasonality. In fact, as one of the few remaining, large-scale forms of hunting wild foods, marine fisheries are, without doubt, more susceptible to seasonal variations in productivity than other major food sources. We’ve simply found it convenient to overlook that fact for a number of reasons.

Fish stocks migrate in and out of local fishing grounds. Sometimes they are locally plentiful, and sometimes they’re not. During the spawning season, a fish’s body chemistry changes, e.g. fat content declines, and consequently for the consumer, flavour differs throughout the year. However, with the advancement of freezing technology and the expansion of global distribution networks, retail markets are now able to supply select species (and their close substitutes) throughout the year from all corners of the world. This, in effect, masks seasonal variations in local fisheries. Our seafood consumption has gone from “fish of the day” to “fish of whenever” and doesn’t take its bearing from the season.

Furthermore, there are benefits to eating seafood in season that we’re not reaping.

Ecologically speaking, sticking to seasonal seafood would enable fisheries to diversify their target species and distribute fishing impact more evenly across the underlying marine ecosystem. Such a balanced harvest strategy, it has recently been suggested, would be useful in mitigating the adverse ecological effects of fishing, even going so far as to support sustainable fisheries.

In terms of economics, matching seafood demand to seasonal availability could moderate the potential for price collapses associated with oversupply during peak catch seasons. By creating a situation in which fisheries could capitalize on the pent-up demand that accrues during periods of little or no catch, the additional supply during seasons of plenty would be absorbed by additional demand. Here the example of BC spot prawns comes to mind. 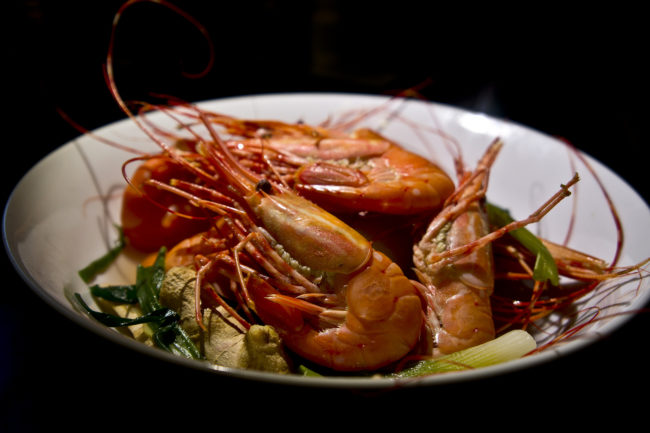 The prized wild British Columbia spot prawns are available live for a short six to eight weeks each year. Image: "Spot Prawns" by Ruocaled, CC BY 2.0.

Diversifying the “portfolio” of fish species targeted by fisheries would also help to mitigate the inherent risks involved with specialized fishing, allowing the fisheries to better cope with fluctuations of specific stocks. Moreover, the promotion of seasonal seafood may present new marketing opportunities for fishes that aren’t “mainstream” and are currently treated as by-catch, thus further enhancing the economics of multi-species fisheries.

What about the benefits closer to home? A shift to consuming locally seasonal seafood would logically lead to consumption of local fish, which would have a positive impact on local fishing communities. The versatility required to shift target species and gears from season to season throughout the year is likely to favour smallscale fishing operations, which are generally perceived to be – though not necessarily – more energy-efficient and ecologically sustainable. Rather than operating over a greater distance and following the migration patterns of targeted species, vessels could remain closer to their local fishing grounds, enhancing the socio-economic conditions of fishermen.

The issue is how do we promote such a major shift in our purchasing and eating habits?

“Seasonal” versions of consumer guides like OceanWiseand Seafood Watchwould be a start. And the feasibility of a seasonal seafood campaign and its effectiveness in promoting sustainable fisheries certainly needs to be investigated more closely.

For example, where was the chestnut industry, before a songwriter wrote, “chestnuts roasting by an open fire”? We need to find some brave, bold artist to write a song praising “pilchards pickled on a picnic table.”

All jokes aside, it is time to re-introduce the seasonality of fish into the social conscience and into local diets. The consequences of standing by idly are too terrifying to contemplate. Going back to The Byrds, “I swear it’s not too late.”