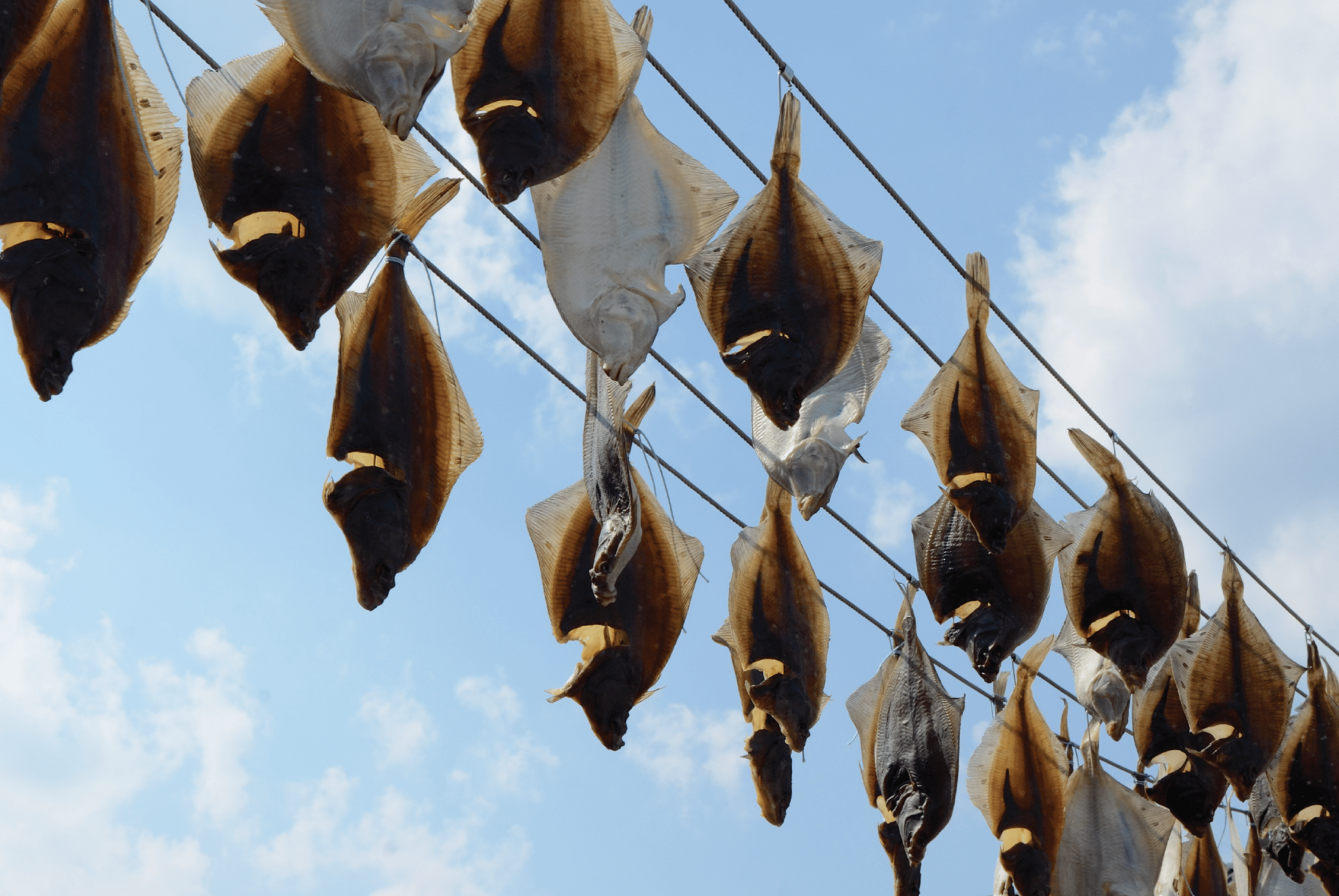 Flatfish Catches to Decline 20% by 2100 Due to Climate Change

Halibut, sole and other flatfish are household names around the world. Annual global catches of these flatfish have dropped from three million tons in the 1970’s to two million tons in the 2000s, mainly due to overfishing and management interventions. But fishing isn’t the only threat. In a paper published in early July, Nereus Science Director Dr. William Cheung and PhD Fellow Dr. Muhammed Oyinlola found that climate change will drastically reduce flatfish numbers and alter species distributions by hundreds of kilometers by the end of the century. 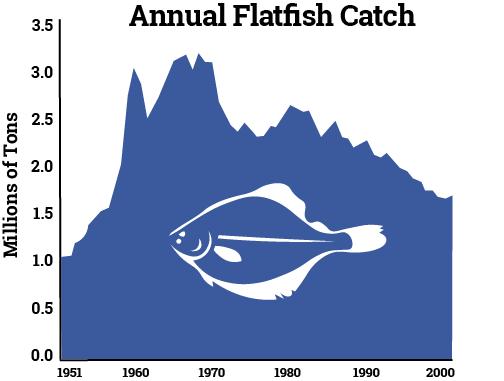 By using an algorithm that applies a new concept called “fuzzy logic”, Cheung and Oyinlola explored the potential impacts that climate change could have on this already vulnerable global fishery. Unlike more stringent, traditional models, the fuzzy logic model acts more like a person than an algorithm. “Imagine going to see a doctor when you are unwell,” explained Cheung. “For example, if you have a temperature and a runny nose, he or she will say you have the flu or perhaps an infection. Those diagnoses are based on experience as well as prior knowledge. Neither the diagnosis or the variables are exact,” he said.

“In more traditional methods, with strict categories, we are basically pretending that all elements of an ecosystem have perfect relationships,” Cheung explained. Basically, traditional models work well in the computer world, but not so much in the real world. By acknowledging that fuzziness explicitly, scientists can make conclusions that are much more transparent about their uncertainties

Combining this unique tool with other simulation models, Cheung and Oyinlola analyzed the climate risk to 47 species of flatfish from around the world. “If we continue with business as usual, we will experience a 20% decrease in global flatfish catches by the end of the century,” Cheung said. “We also found that species will shift poleward at about 40km per

decade on average,” he continued. “The changes in distributions of these flatfish will have big implications for transboundary fisheries management.”

This pattern won’t affect all flatfish in the same way. “Some fish are more flexible than others,” said Cheung. Because temperatures fluctuate less in the tropics and the poles than they do in temperate areas, flatfish that live in the very high or very low latitudes tend to have narrower temperature ranges in which they can survive. These less-flexible flatfish fisheries will be more vulnerable to the impacts of climate change. The developed nations in temperate regions won’t be the ones bearing the brunt of the impact. “Areas like the Indo-Pacific islands are of particular concern. There are large numbers of resource-limited coastal communities that are dependent on the fisheries that will be most impacted by climate change.” 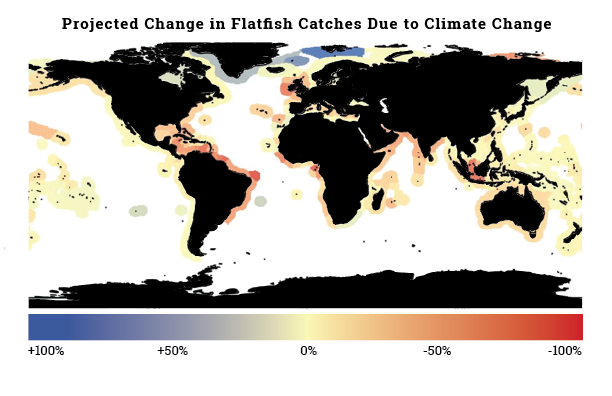 As fish seek refuge in the poles, aquaculture has been put forth as a possible supplement for lost catch. But even these more controlled fisheries practices aren’t safe from climate change. “Most flatfish aquaculture occurs in net-cages, so those fish are still susceptible to changes in their natural environment. If ocean conditions change, the habitats for flatfish aquaculture will also be affected. Additionally, diseases such as Vibrio, which thrive in warmer waters, will become more common as ocean temperatures increase.” On top of the risk of disease, fish don’t grow as large at high temperatures, which could lead to additional losses for the aquaculture industry.

While the real solution is mitigation, some adaptive actions can minimize the damage cause by climate change impacts. Cheung and Oyinlola call for the rebuilding of depleted stocks and enhancing and protecting important flatfish habitat. “Our findings on flatfish can be used as a window to see how other fisheries will be influenced by climate change,” Cheung said. “Flatfish are just one example, but other fish will follow similar patterns.”