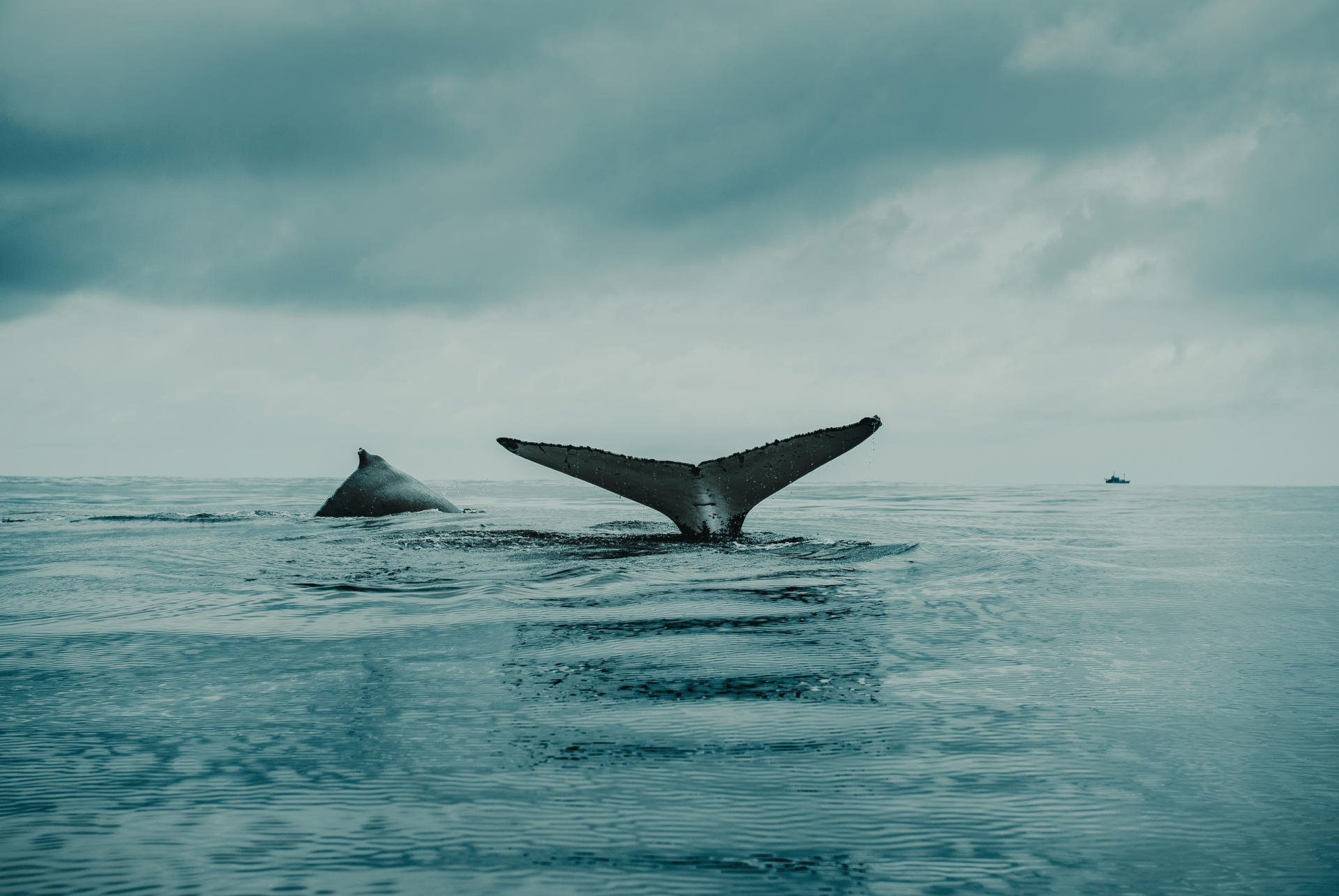 At the end of 2018, Japan announced that it will withdraw from the International Convention for the Regulation of Whaling (ICRW) and resume whaling in its exclusive economic zone (EEZ), which is the area within 200 nautical miles from a country’s coast. While the final formal notification of withdrawal has not yet been made public, it has been received by the Depositary on 26 December 2018 and a provisional text is available online. It is worth looking at what a withdrawal by Japan would mean in terms of legal rights and obligations. After a brief presentation of the applicable law and of the background to Japan’s step, this blog post examines some legal questions surrounding Japan’s announced decision. Few subjects of international law are as controversial as the question of whaling: although whales had been seen for several centuries as natural resources like any others, issues related to the hunt for these marine species have become ideologically charged in the second half of the 20th century. Some countries and commentators view whales as megafauna to be preserved for their own sake, while others consider these animals as resources to be used (sustainably) in a manner similar to fish. It is not the intention here to discuss the ideological questions behind the pro- and anti-whaling camps.

In 1946, fifteen countries signed the ICRW, which entered into force in 1948; the International Whaling Commission (IWC) is the body created under the ICRW to implement its provisions and parties to the Convention are automatically members of the Commission. The treaty can be said to have two objectives, although their relative weight is debatable. As stated in its preamble, State parties “recogniz[e] the interest of the nations of the world in safeguarding for future generations the great natural resources represented by whale stocks” and “conclude a convention to provide for the proper conservation of whale stocks and thus make possible the orderly development of the whaling industry”. Through time, and originally because management was so ineffective that some whale species were quickly moving towards extinction, the regime created by that instrument evolved towards conservation. Then, reflecting the will of a majority of the members, it shifted further towards quasi-absolute preservation. Under the IWC, a Schedule is adopted annually to set the levels of authorized catches. Since the whaling season of 1986, this level has been set at zero for commercial whaling. While the moratorium was originally presented as a temporary measure to preserve whales and allow them to recover from over-exploitation, the substantive and procedural conditions for lifting it have not been met so far, and the moratorium has become a central fixture of the regime. The only exceptions to the ban on commercial whaling, as provided in the ICRW and the Schedule, are scientific whaling and aboriginal subsistence whaling.

Japan at first made a reservation to the moratorium, hence remaining unbound by it. Following pressure from the USA–in the form of threats to impose economic sanctions–Japan withdrew its reservation but continued to regularly object to the moratorium. Japan argued that some stocks or species had recovered sufficiently to become subject to some levels of exploitation. Such arguments, although supported by the IWC’s Scientific Committee, did not convince the required three-quarters majority of States at the IWC. Japan has also attempted to see some of its coastal communities granted aboriginal subsistence whaling rights, without success. Japan has furthermore made use of the scientific whaling exemption to continue whaling in the Antarctic. In response, Australia started and won a case against Japan; the International Court of Justice found that Japan’s JARPA II program was not scientific whaling under the ICRW. Several times over, Japan has threatened to leave the IWC, which is not a toothless or unique threat, since Iceland and Ecuador left the regime, respectively in 1992 and 1994, before rejoining a decade later.

Can Japan leave the IWC? What does it mean in terms of the obligations under the ICRW?

The Vienna Convention on the Law of Treaties, which regulates the conditions under which a State can leave a treaty to which it is a party unequivocally states: “[t]he termination of a treaty or the withdrawal of a party may take place: (a) in conformity with the provisions of the treaty” (Article 54).

Here, the ICRW explicitly provides in its Article XI for the ability of State parties to withdraw:

As Japan has given formal notice of its withdrawal on 26 December 2018, it will stop being bound by the ICRW’s provisions on 30 June 2019. As recalled in the Vienna Convention on the Law of Treaties, the withdrawal by a party to a multilateral treaty “releases the part[y] from any obligation further to perform the treaty” (Article 70(1-2)).

What international rules are still applicable to Japan?

to be a binding rule; these elements represent the two conditions necessary for the emergence of customary international law, respectively State practice and belief that one is acting according to a legal obligation. Then, customary international law rules are deemed to bind all States, except those that have persistently objected to them, as Japan appears to have done vis-à-vis the moratorium.

However, the United Nations Convention on the Law of the Sea, which Japan ratified in 1996, continues to apply. In its part on the rules applicable in the EEZ of a State, a specific provision (Article 65) focuses on marine mammals and states that:

Nothing in this Part restricts the right of a coastal State or the competence of an international organization, as appropriate, to prohibit, limit or regulate the exploitation of marine mammals more strictly than provided for in this Part. States shall cooperate with a view to the conservation of marine mammals and in the case of cetaceans shall in particular work through the appropriate international organizations for their conservation, management and study.

The first sentence frees coastal States from the objective of optimum utilization which is otherwise applicable in the EEZ; this objective means that coastal States must utilize marine living resources in their EEZs to their full potential by catching as much as is sustainably possible–and grant access to third States if they cannot catch all of it themselves. However, even that objective stresses the coastal State’s obligation to avoid over-exploitation (Article 61(2)). Hence, while Japan can catch whales in its EEZ, it must manage the stocks on a scientific basis, with conservation in mind. Moreover, Japan remains under the general obligation to cooperate with other States of relevance when dealing with highly migratory species (Article 64), which most whales are. This obligation is strongly reinforced by the second sentence of Article 65, which requires, in the case of marine mammals, that States cooperate through the appropriate international organizations; these have been argued to be either only the IWC or the IWC and the North Atlantic Marine Mammal Commission (NAMMCO)–and potentially even other organizations tangentially occupied with marine mammals’ conservation. In either case, for Japan’s EEZ, the appropriate international organization can only be the IWC. Hence, Japan remains under an obligation to cooperate for conservation purposes with other States through the forum it just left.

Finally, the trade in all species of whales is regulated under the Convention on International Trade in Endangered Species (CITES), a treaty which Japan joined in 1980. Species that are granted protection under CITES are to be accompanied, when traded internationally, by a permit certifying, inter alia, that the trade of that specimen is not detrimental to the survival of the species and that the catches are legal. For listed species, commercial trade between countries is restricted (for species on Appendix II), or forbidden (for species on Appendix I), by an international system of permits issued at the national level. Permits are also required when protected species are caught in areas beyond national jurisdiction, i.e. the high seas, as this is considered international trade. While Japan is a party to CITES, it has filed reservations with regard to most whale species, as is allowed according to the Convention (Article XV). Consequently, Japan is treated as a non-party with respect to these species (Article XXIII). However, some populations of whales are exempted from the reservations and Japan is bound by CITES’ rules in their respect. Japan catches some of these whales, in particular the Appendix I sei whale on the high seas of the North Pacific (Balaenoptera borealis), under the justification of scientific whaling. This has led the CITES Standing Committee to review Japan’s actions: it found them in violation of the requirement that such catches not be primarily for commercial purposes.

As to catches in the EEZ, they would not be, as such, regulated by CITES. The only scenario under which Japan would have to provide similar documents as those required under the treaty is if it traded these species with other States bound by the permitting system. However, it remains to be seen whether Japan would want to export its catches. Moreover, the States still interested in commercial whaling (mainly Iceland and Norway)–and consequently in buying whale products–have also entered into reservations under CITES. Hence, while Japan could in theory be required to apply CITES-type procedures if it traded whales with other CITES parties, it is more likely, in practice, that its intended resumed whaling in the EEZ will not be subject by the rules applicable under this treaty.

Beyond these legal questions, it remains to be seen what the policy response of the international community will be. As mentioned in the introduction, the threat of economic sanctions was used, in the past, to strong-arm Japan into accepting the moratorium on whaling. The legal basis of such threat by the USA still exists; should the USA decide to suspend trade in fishery products with Japan, this would trigger some additional legal questions, mainly as to whether such action is authorized under international trade (i.e. WTO) law. While withdrawal from the IWC is a move with numerous legal and political consequences, it may also not be a permanent situation; both Iceland and Ecuador left the IWC in the 1990s, only to rejoin the regime in the following decade. Good faith negotiations, which all States are obliged to undertake, will be the first step towards effective cooperation, but the ideological and cultural gap that led to the current stalemate will not easily be solved. In the meanwhile, one can only hope that the obligation under the United Nations Convention on the Law of the Sea to manage stocks sustainably will protect whales from over-exploitation and the threat of extinction. 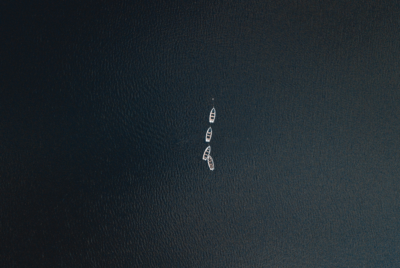 Nereus Fellow Solène Guggisberg (Utrecht University) will present her paper entitled “Funding coastal and marine fisheries projects under the climate change regime” at a workshop on Ocean Finance at the Stockholm Resilience Center in Sweden. Her paper examines projects related to fisheries which are financed by the four multilateral funds created within the climate change regime. 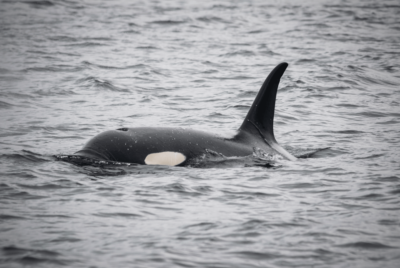 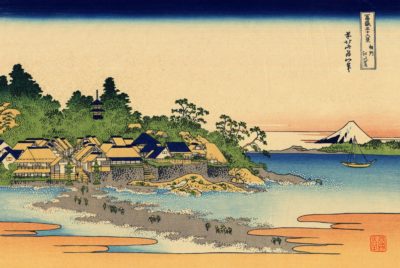 Let’s turn the clock back 113 years. The prominent German zoologist Franz Doflein is about to embark on a two-year journey with the dream of becoming one of the first scientists to study the marine flora and fauna of the deep-sea trenches off the coast of Japan. Reports that the Japanese and Russian empires have just declared war on each other are troubling, yet months of preparation cannot be abandoned, and in the summer of 1904, he boards the Prince Heinrich, a steamship bound for East Asia. 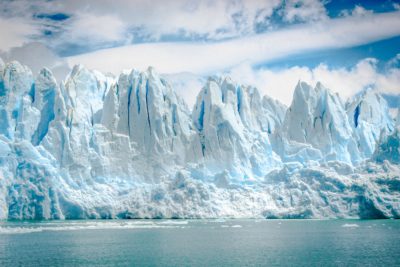 Dispute Resolution and Scientific Whaling in the Antarctic

Newly published in the Asia-Pacific Journal of Ocean Law and Policy is the paper “Dispute Resolution and Scientific Whaling in the Antarctic: The Story Continues” by Nereus Fellow Richard Caddell, Utrecht University. The paper looks at the implications of judgements by the International Court of Justice against Japanese scientific whaling in the Southern Ocean.