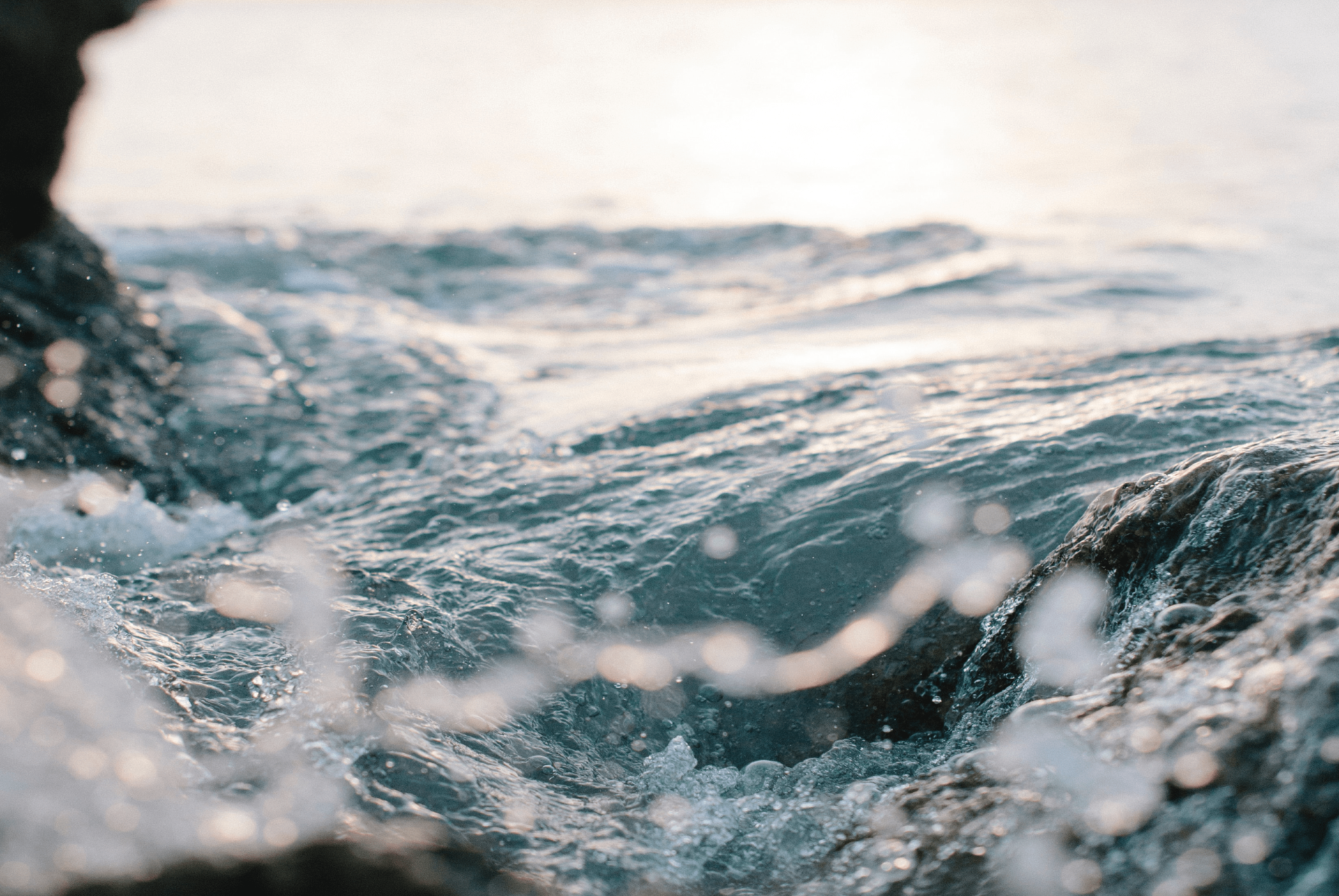 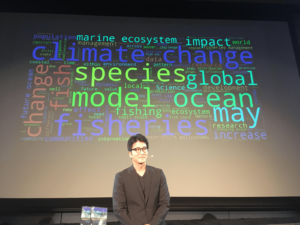 Dr. Yoshitaka Ota and the themes of current and future ocean research. (Photo by Sallie Lau)

It’s one of those Saturdays at the end of summer. The Princeton campus is quiet, quivering with anticipation for the fall, its buildings emptied of students. Save for the Frick Chemistry Lab on the south side of campus. The foyer of the  Chemistry Lab is filled with the sound of old friends greeting each other, the smell of coffee being poured into paper cups, the tense excitement of new researchers meeting for the first time.

Inside one of the auditoriums of the Chemistry Lab, people doing last minute tests on the audiovisual equipment. Powerpoint slides flash across the projection screen in front of the auditorium, going past presentations about socio-ecological models and jellyfish blooms before settling on one slide with the words NIPPON FOUNDATION NEREUS OCEAN SCIENCE CONFERENCE printed neatly in the middle.

It’s the fourth biennial conference for the Nereus Program, and its last. The people gathered outside in the foyer are part of the interdisciplinary network of fellows, principal investigators, managers, advisory panel members, alumni, and honorary research associates that that the Nereus Program had built over the past eight years. As these people trickle into the auditorium, a hush grows. The stage lights brighten, dim, and focus first on Mitsuyuki Unno, the director of the Nippon Foundation, who speaks about the importance of conferences and learning, and then on Dr. William Cheung, the science director of the program.

In his opening speech to the conference-goers, William reminds them of the purpose of Nereus: to consider and investigate the human impacts on the ocean, to predict how the oceans will change to better inform policies, all the while taking into account what the oceans mean to different societies, cultures, and livelihoods. William says we are now at a crossroads of ocean governance. Our blasé business-as-usual attitude and actions lead to lower biodiversity, economic benefits, and seafood security. And this is at odds with our need to better provide sufficient and safe seafood to people, to better consider socio-economic inequalities of a changing climate.

We are, in effect, stuck.

“But,” William says, “We don’t only tell a sad story in our program. We create pathways to deal with these negative impacts.”

It’s been eight years since Nereus first started, and it’s been exactly how William described. Through research and collaboration, William and Nereus’ policy director, Yoshi Ota, together with their network of social and natural scientists, are putting together a portfolio of ocean-based solutions to share with the public and stakeholders. This portfolio was published in the form of a book, Predicting Future Ocean: Sustainability of Ocean and Human Systems Amidst Global Environmental Change, this past August.

The conference is another iteration of the portfolio. Authors of each of the chapters in the book are presenting a synthesis of their findings over the next two days. Presentations are five minutes long, organized into sessions and themes. These themes are further elaborated and reflected upon during panel discussions at the end of each session.

The panel discussions are often lively and broad in scope; participants highlight the challenges of ecological modelling one minute and then problematize the growing neoliberal model of the blue economy in the next.

Other challenges and topics related to predicting future oceans are brought up. Juan José Alava, a marine eco-toxicologist and an honorary research associate with the Nereus Program, talks about strengthening the political will to combat plastic pollution. Tiff Annie Kenny, a Nereus Fellow at the University of Ottawa, tells us about the role of place, belonging, and culture in enabling food security. Sue von der Porten, a phD student at the University of Waterloo, brings up the importance of considering context when coming up with ocean-based solutions.

“Indigenous peoples around the world have shaped the land around them, and the land has shaped them. And they’ve been in that place for millenia. When that is the case, context is everything. Context is local.” She thinks rather than asking what policies will address all contexts, we should be asking what policies can support indigenous peoples and coastal communities. How can we reinvigorate their ways of living and support them to make decisions on their land?

One of the themes – a challenge as well as a solution – is the importance of building relations between people and people, and between people to oceans. In a discussion about high seas governance, Nereus Fellow Katy Seto mentions that one of the main obstacles to better governance in areas beyond national jurisdiction is that a lot of people don’t think of these spaces as peopled spaces because there aren’t a lot of people in there. But, in a lot of ways, the high seas are incredibly peopled spaces. It’s a place with a lot of human activity, as well as where humans play around with geopolitics. Seto thinks good governance starts with considering the economic and political systems that connect us to ocean spaces.

At the conference, Nereus researchers and fellows keep going back to “connections”: the interdisciplinary collaborations they have with each other, the cross sector connections with private firms and NGOs, the fact that they want – need – to bring more voices to the table. Nereus emphasizes on giving early-career researchers a voice, projecting real care into bringing in inclusive perspectives and into showing diverse opinion fearlessly.

But Nereus researchers think that more could be done, and more people could be brought in. They are already thinking about how to make this happen in the panels, vigorously debating on how to ethically bring in traditional knowledge, how to respect the people who produce these knowledges, and how to amplify these people’s voices outside of the program and create dialogue.

This shows that Nereus is extending beyond science, beyond merely predicting the outcomes of future oceans. Nereus researchers and fellows have realized that equity is important for the future of oceans and people, and they will be building on and refining their ocean solutions portfolio so that these solutions will promote not just sustainable, but also socially-just ocean futures.

One way of creating this kind of dialogue is already happening at the conference. These presentations and panel discussions are also filmed with the intention of broadcasting them on YouTube, so that they can reach the people who need them. “It is often the case a book can not reach to those who need the information,” says Yoshi Ota. “It’s not cheap and it takes time to read and understand the key message. I like listening to lectures and thought it would be great to have the video describing the chapter formatted with clear points.”

The Nereus Program will end in 2020, but the Nexus Program, a program that not only connects the global to local and science to policy, but also solutions to communities, will begin. It will begin with the connections and network that Nereus sought to create. Building on them. Yoshi makes sure of that: “are you with me?” He asks Nereus.

The roars of affirmation are so loud they burst out of the auditorium and into the world. 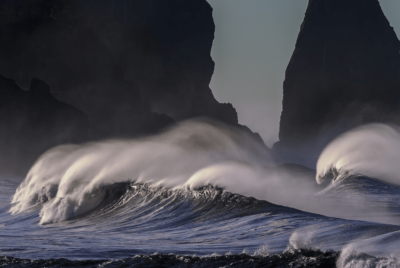 Predicting Future Oceans to Predict My Own Future?

School of Marine and Environmental Affairs (SMEA) master’s student Karin Otsuka (University of Washington) wrote a blog about her experience at the Nippon Foundation Nereus Program Ocean Science Conference in September, as well as her research this past summer in Miyakojima, Okinawa, Japan. 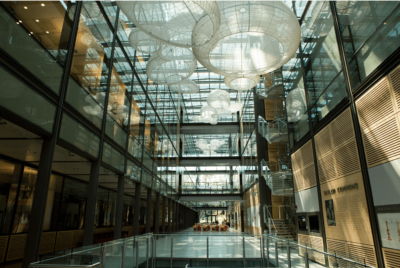 The final Nippon Foundation Nereus Ocean Science Conference was recently held at Princeton University in New Jersey. Nereus Program research fellows, principal investigators, alumni, research associates and guests presented their research and reflected on the culmination of a decade of interdisciplinary research, and what the future holds for the oceans and society. 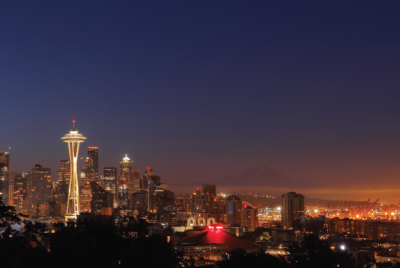 I think what inspires me most about this group is that it values a diverse array of approaches to research. We reward the type of disciplinary flexibility and freedom that most academic organizations tend to smother. Nereus lets us be who we want to be, not who they want us to be 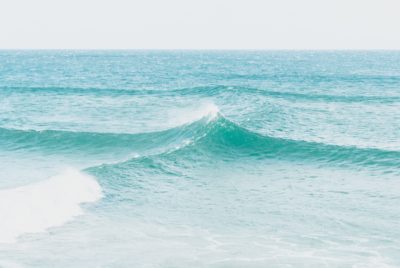 The Nereus Program was created to look at ocean questions that need input from experts on a range of topics from around the world. This past May 30 to June 3, nearly 50 of these experts gathered at the University of British Columbia for the Nereus Program Annual General Meeting.