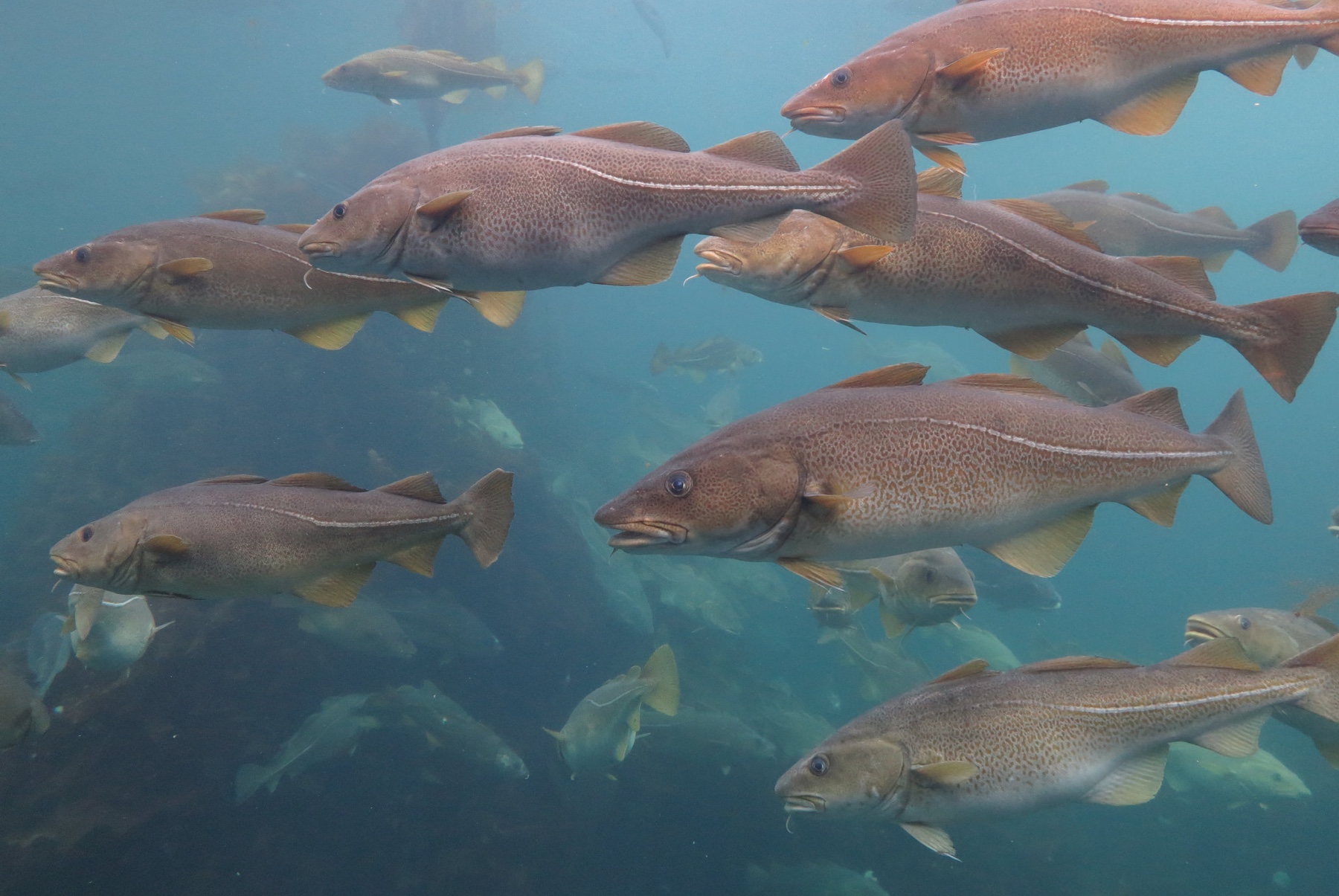 Who is eating who? How climate change is modifying predator prey interactions

Climate change is expected to have many impacts on the oceans; one of them is where fish are located in the ocean. Ocean warming is expected to cause fish to shift to different locations that are cooler — generally toward the poles and into deeper waters. But not all fish are moving in the same directions and at the same speeds. This is changing what fish are eating and who are eating them.

Nereus Fellow Becca Selden (Rutgers University) is looking at how predator prey interactions are being altered by climate change. She is the lead author on a new paper in Global Change Biology that looks specifically at four important piscivores, fish that eat fish, and their prey in the U.S. Northeast Shelf. This region is already experiencing rapid ocean warming and is projected to warm two to three times faster than the global ocean average.

“Most previous research has looked at the effects of climate on a single species in isolation. The strength of this study was that we looked at a number of interactions among multiple predators and prey simultaneously,” said Selden. “We looked at if there was potential for a decline in the role of one predator, could another predator compensate because they have contrasting thermal affinities?”

The authors studied four predators, cod, spiny dogfish, silver hake, and white hake, and their prey — primarily herring and mackerel, but also longfin squid and sandlance. They found that since cod prefer colder waters, they will likely move out of these region, and stop eating the fish here.

“For species like cod, which have a very narrow thermal window that’s more associated with cold water, it’s not likely to go globally extinct but it’ll be moving potentially out of this area and more in Canada or areas like Greenland — the Northern part of its range,” said Selden.

Spiny dogfish, on the other hand, prefer warmer water and will expand their range and overlap with prey, compensating for the loss of cod as a major predator.

These findings emphasis the need for a more ecosystem-based fisheries management perspective.

“We should be considering warming as an impact on single species stock dynamics but we might also wish to make our harvest limits a bit more conservative for, say spiny dogfish or these other predators, that may be filling that role vacated by cod,” said Selden. “If we want to maintain predation in the system to try to avoid big ecosystem impacts we might need to include both species interactions and the interactions with warming on our harvest limits.”